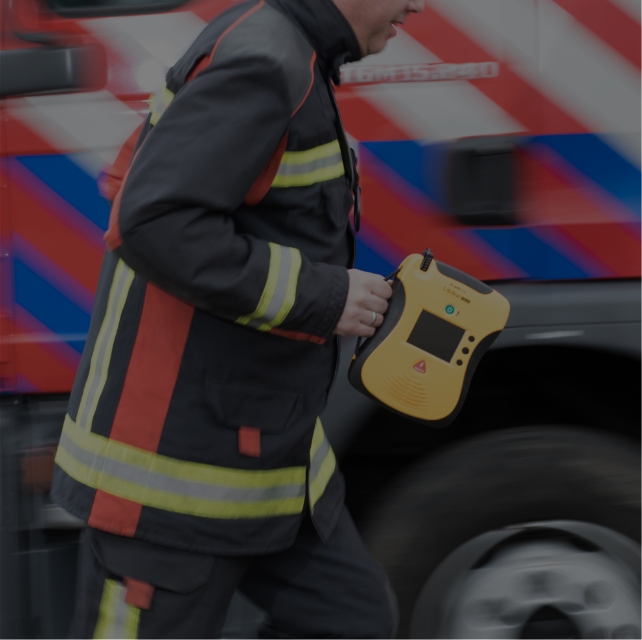 Q-Park is one of the leading players in the European parking industry and owns, operates, manages and runs – fully, or in combination – multi-story car parks. The Q-Park mission is to deliver high-quality parking and related customer-oriented services, focusing on speed, convenience, safety, and hospitality at key locations such as city centers, airports, railway stations and hospital sites. The company has 2,320 employees and 525,000 parking spaces and is active in ten European countries including the Netherlands, Belgium, Germany, France, the UK, Ireland, Denmark, Norway, Sweden and Finland.

"Defibtech AEDs have become the AED of choice not only for large-scale North American deployments, but are also being chosen by more and more international customers," said Defibtech president Gintaras Vaisnys. "Defibtech AEDs can be found all over the world in places like the Netherlands, UK, Ireland, Italy, Germany, France, Spain, China, Malaysia and Singapore." The audible instructions, which "talk" the user through the steps of a rescue, are available in a number of different languages.

AEDs revive victims of sudden cardiac arrest caused by ventricular fibrillation. Health experts estimate that sudden cardiac arrest kills about 400,000 people in the United States and millions of people worldwide each year. Studies show that if victims are defibrillated within a minute or two after arrest, more than 70 percent survive. If defibrillation is delayed for more than 10 minutes, only 5 percent live, making immediate access to AEDs vital.

About Defibtech Defibtech relentlessly pursues one goal: making the best automatic external defibrillators (AEDs) in the world at affordable prices. Defibtech designs and manufactures the FDA-approved Lifeline™ and ReviveR™ brand AEDs and related accessories. Defibtech's products are sold through its network of distribution partners in the United States and around the world. Founded in 1999, Defibtech is headquartered in Guilford, Connecticut and manufactures all of its defibrillators in the United States in a state-of-the-art ISO-9001:2003 certified facility. For more information about Defibtech and its products.